Kennedale operates under the Council-Manager form of government. This system combines the strength of an elected Mayor and City Council with a professional manager and staff. The City Manager is accountable to the City Council for the proper administration of all the affairs of the city. 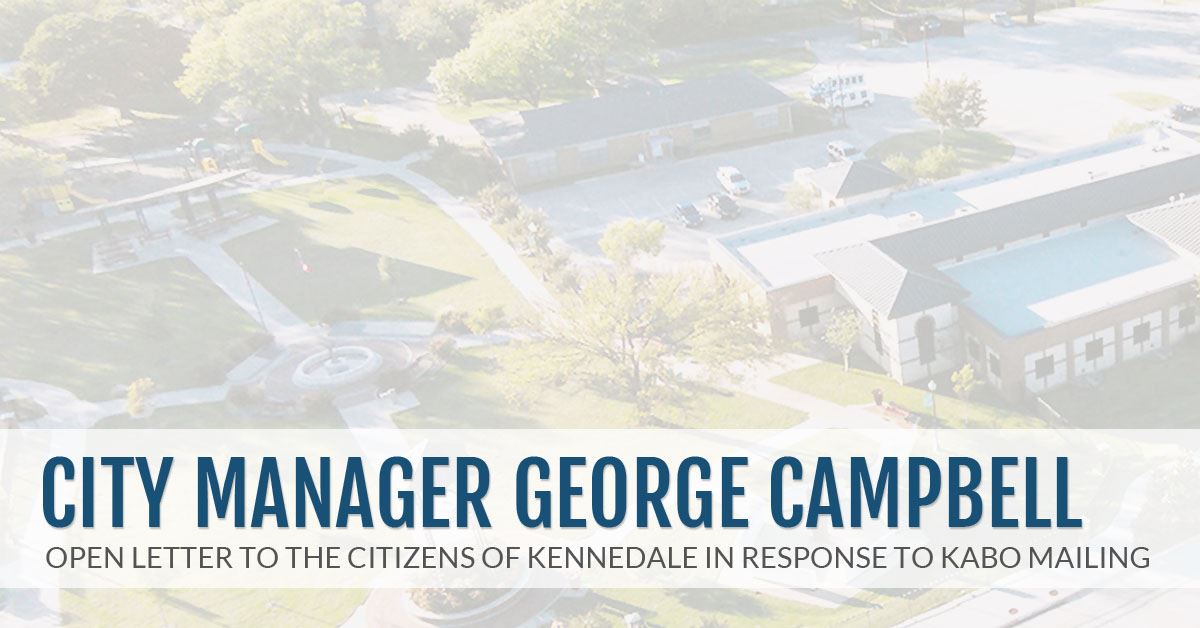 George Campbell was appointed as City Manager of the City of Kennedale in April 2017, after serving in an interim capacity for a brief time. He is a graduate of Texas Tech University, with an undergraduate degree in Government. He earned his Masters of Public Administration degree from the School of Urban and Public Affairs at UT Arlington in 1989. Prior to his service in Kennedale Campbell has served the City Management profession as City Manager or Deputy City Manager in the North Texas Cities of Coppell (1972–1977), Weatherford (1977–1983 and 2002–2006), Arlington (1983–1999), and Denton (2006–2016).

Campbell has served in numerous professional organizations, received awards or
recognition, and participated in a service capacity including but not limited to: